Numerous health buffs are advocating the need to consume organic foods with the majority of the population the following suit. For the general population, organic food is just another kind of food, which is supposedly healthy, but it is merely a different method of producing food. Historically, humans have been consuming organic food, but due [...]

Numerous health buffs are advocating the need to consume organic foods with the majority of the population the following suit. For the general population, organic food is just another kind of food, which is supposedly healthy, but it is merely a different method of producing food. Historically, humans have been consuming organic food, but due to several challenges, farmers have started using various chemicals, antibiotics, food additives, and GMOs. Such chemicals and food additives have a negative impact on the human body. As a result, there’s a growing awareness for the consumption of organic food. Organic food includes any plant or animal which is grown organically, i.e., without the use of any chemicals, antibiotics, or additives. So, what are the top brands contributing to the growing trend of organic food? Explore here!

With rapid changes in the organic food market, are you facing challenges in keeping pace with market changes and industry developments? Our market research experts can help. Request a FREE proposal today!

Horizon Organic is an American company founded in 1991. It is the largest producer of organic milk in North America. Apart from milk, the company also sells other milk-based products such as cheese, yogurt, and butter. The brand is claimed to be organic by USDA and free of any additives. The company enjoys a monopoly in the South-eastern US milk market as it procures majority of the organic milk from over 700 farms across the US. Even their cows are fed organic food and are pasture-raised without the use of any antibiotics or growth hormones.

The origins of Riverford dates back to 1950s when the farm was taken over by the Watson family and converted into an organic farm by the mid-80s. The organic food brand has four farms across the country to distribute its products more efficiently across the nation. The company banks on its innovative organic veg boxes delivered to around 45,000 houses per week. The company also provides organic meat and fruit boxes along with wine and beer.

Amy’s Kitchen is a family-owned company that manufactures organic and non-GMO convenience and frozen foods in the US. The company has its headquarters in Petaluma, California and produces vegan foods organically. The company also has over 130 gluten-free products. Their organic food product line consists of foods like pizza snacks, carrot ginger soup, paneer tikka, vegetable soup, paella bowl, enchilada, candies, pad Thai, broccoli pot pie, and many more.

Eden Foods Inc. or Eden Organic is an American organic food brand. The company is best known for its line of organic soy milk under the brand name Edensoy. Founded in 1969 as a co-op grocery store in Ann Arbor, Michigan, the company also claims to be the oldest independent organic food producer. Majority of Eden Food’s products are organic and vegan, apart from Katuso, a Japanese fish flake. In 1997, a test was conducted by the New York Times to look for traces of GMOs in 11 soy and corn-based products. The result found that only Eden’s milk tested clean.

Organic Valley is an independent cooperative of organic farmers based out of the US. It is also the nations largest farmer-owned organic cooperative besides being one of the biggest organic food brands. The company has a farmer base of more than 2000 owners across the US, Canada, Australia and the UK. The company markets its products across the US and exports it to 25 other countries. The company reported a sales figure of over $1.1 billion selling products such as dairy, egg, soy, and meat. The organic food brand sells its meat products including chicken, pork, beef, and turkey under the brand name Organic Prairie.

Want to gather more insights into our services portfolio? Request a FREE brochure!

Preparing for Health care Innovation: How Organizations can Capture Success

How International Specialty Chemical Companies Can Win Big in China

Why is Customer Segmentation the First Step to Growth and Success for Businesses? Customer Intelligence Experts Discuss

Maintaining a Strategic Edge in the Health and Wellness Food Industry with Market Trends Solutions: A Case Study 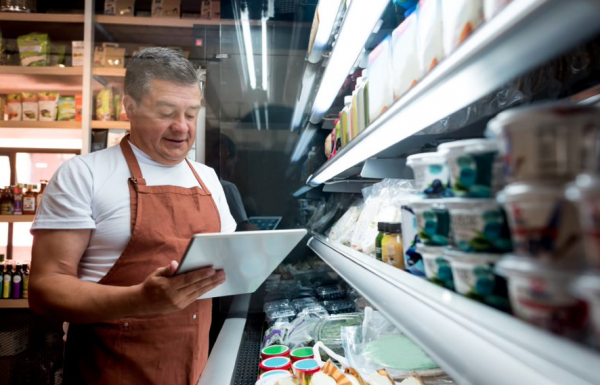 Contact us to know more about our cost-effective custom market research offerings to support efficient market penetration, new product launch, and devise strategies to monitor and outperform your competitors.

The Site uses cookies to record users' preferences in relation to the functionality of accessibility. Please refer to the help guide of your browser for further information on cookies, including how to disable them. Review our Privacy & Cookie Notice