Home / Thoughts / 5 Energy Industry Trends to Watch Out For

5 Energy Industry Trends to Watch Out For

The energy industry is constantly transforming due to the adoption of latest technologies, which make power supply even more convenient and easily accessible for customers. Here are a few revolutionary trends in the energy industry that you need to gear up for: 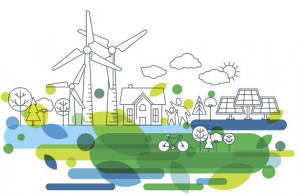 Generating power through own sources such as roof-mounted solar panels, gas-fired combined heat, power plants, and conventional diesel-based generators are becoming popular among industrial, commercial, and even residential consumers. These users have the option to sell power to the electric supply grid. Distributed generation utilizes small-scale technologies to produce electricity. Each of these sources might contribute lesser power when compared to the energy generated by centralized power plants, but combining energy from these sources will be a game changer in the energy industry.

Coal and other hydrocarbon fuels were considered the go-to-fuel for power generation in the past. However, in countries like the US, there was a rise in the demand for gas over coal in the power sector owing to the fall in the prices of natural gas in the recent past. The dependence on natural gas is expected to grow. However, the demand for coal is likely to reduce in the energy industry due to sustainability challenges. 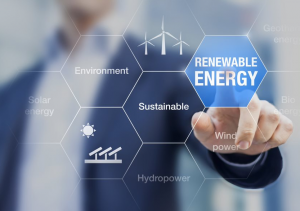 The role of technology in the energy industry cannot be underestimated. Digitization has made power generation, transmission, and distribution increasingly simple. As power plant managers have recognized the role of digitization in optimizing operations and reducing unplanned outages, the demand and popularity of digital technology in the energy industry is growing exponentially.

Though nuclear disasters in several parts of the world had stalled developments in the nuclear power plants, countries like US and Japan are re-looking at opportunities in nuclear power. The power generation technology through nuclear sources is unique and popular among environmentalists because they generate an enormous amount of power around the clock with minimum carbon emissions.

To know more about the trends in the energy industry.

Our strength lies in the unrivaled diversity of our international market research teams, innovative research methodologies, and unique viewpoints that merge seamlessly to offer customized solutions for your every business requirement.
Get in touch

Why is Customer Segmentation the First Step to Growth and Success for Businesses? Customer Intelligence Experts Discuss

Introduction to Customer Segmentation With the rising population, growing economies, rapid urbanization, and digitization, companies' approach to sales, marketing, and product development have transformed to a great extent. Businesses have shifted their strategies to...

END_OF_DOCUMENT_TOKEN_TO_BE_REPLACED

Emerging Packaging Design Trends: The Next Normal of Packaging

END_OF_DOCUMENT_TOKEN_TO_BE_REPLACED

Why Conducting Market Analysis is Crucial for Business Success

END_OF_DOCUMENT_TOKEN_TO_BE_REPLACED

Our best-in-class market intelligence solutions provide a holistic view of business environments across industries to enable innovation and growth.

Our knowledge hub offers exclusive access to a collection of free resources and downloadable articles that provide insights into market developments and details on how our services can benefit your business.